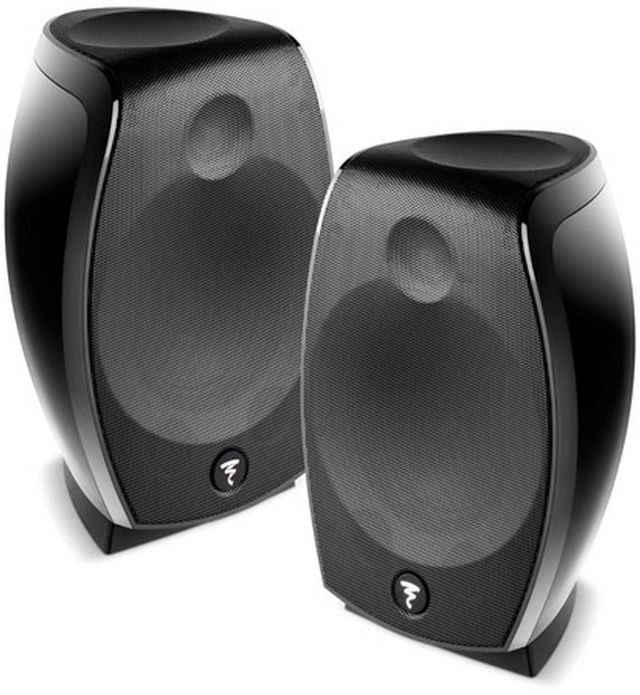 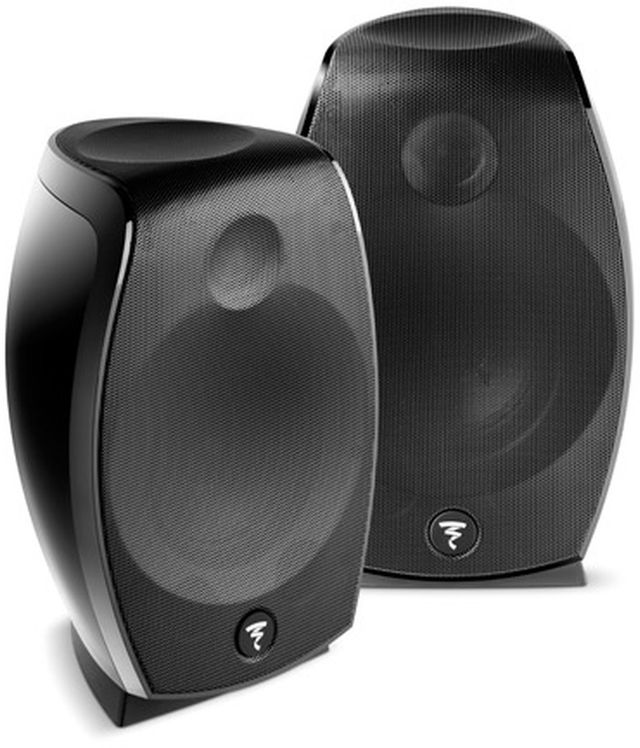 Sib Evo Dolby Atmos® loudspeakers are specially destined for Home Cinemas, giving your films a completely new third dimension! These satellite loudspeakers feature Dolby® technology developed for cinemas in order to produce incredible sound effects. Although it hasn’t quite made its way into every living room, but rapidly on the increase, this system distinguishes itself by offering sound effects on a vertical plane, reflected off the ceiling. This gives the spectator the impression of being plunged into an ultra-realistic 3D universe! The strict minimum for Dolby Atmos® is a 5.1.2 system, and Focal wanted to integrate this technology into the new generation of Sib & Co loudspeakers, the iconic Home Cinema range launched in 2002! This pack of Sib Evo Dolby Atmos® loudspeakers will complete your 5.1 set-up, turning it into a 5.1.2 system. This new-generation “enabled loudspeaker” was designed to reproduce both horizontal and vertical waves (towards the ceiling). The major innovation of this technology lies in the reflexion of sound waves off the ceiling towards the listener using an extra speaker driver on top of the loudspeaker. Get ready to live a completely new audio experience worthy of cinemas! This 2.0 pack is composed of two Sib Evo Dolby Atmos® loudspeakers.

The Sib Evo Dolby Atmos® loudspeaker is equipped with a 5’’ Polyflex woofer and a ¾‘’ silk dome tweeter, as well as an additional 3″ full-range Polyflex speaker driver on top dedicated to the Atmos® effects. It was designed with more rear volume than the Sib Evo satellite in order to give it even more extended frequency response. Focal also wanted to offer a perfectly adapted upgrade solution for customers already equipped with Sib loudspeakers: two Dolby Atmos® loudspeakers can be added to an existing Sib system to experience the sensations provided by a state-of-the-art Home Cinema system.

Each satellite is pre-mounted to its base, but you can still adjust the inclination by +/-5 degrees, bearing in mind that the loudspeakers are delivered with the degree of inclination recommended by Dolby® already set. In 5.1 and 5.1.2 Home Cinema systems, the loudspeaker can also be used horizontally, turning the satellite into a centre loudspeaker.

What are Dolby Atmos® Sound Effects

The particularity with this loudspeaker is its capability to reproduce the Atmos® effects of cinemas in the comfort of your own home. In addition to the front-firing speaker driver, an additional full-range speaker driver has been integrated into the top of the loudspeaker. This system prevents having to add accessories to your loudspeakers to reproduce the vertical effects, which may spoil the design or the overall harmony of the system. This surrounds the spectator with sound effects, particularly those coming from above, a major innovation for this type of product! Imagine an action scene with planes flying overhead, rain falling down or the rumbling of thunder...

Atmos®-enabled loudspeakers, through the front-firing and vertical-firing speaker drivers, form a complete system with all elements working in perfect harmony. Thus, Sib Evo is an excellent system which is compact and structured.

The design adds value to the line’s original timelessness: its revamped style keeps in line with the design codes which made the original Sib line such a success. It evokes a futuristic style with elegant lines to enhance the environment they’ll be sure to blend in with to perfection. The ABS housing together with and the matt and lacquered finish enhance the textured effect of the surface. The loudspeaker is also supplied with a flexible base, making it easy to incline.